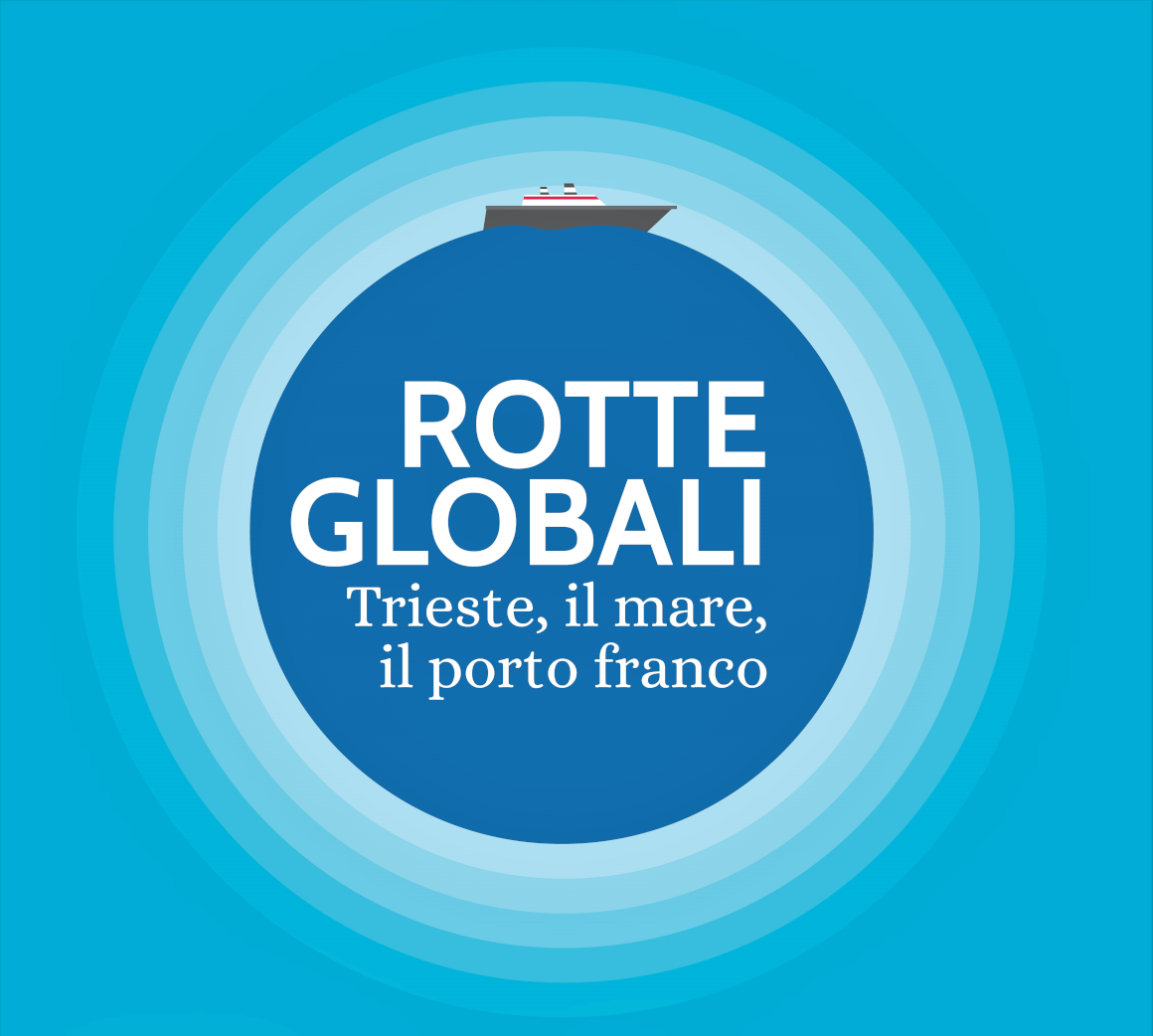 Trieste, the sea, the Free Port: The Generali Historical Archive is adding to the packed program of the Livio Saranz Institute’s Rotte Globali (Global Routes) initiative with three guided tours. These are a collaborative effort between the Municipality of Trieste, Francesco Parisi Casa di Spedizioni S.p.A, the Port Network Authority of the Eastern Adriatic Sea and Assicurazioni Generali.

The 13 individual events that make up the Rotte Globali represent a broad cross-section of cultural and civil economic interests, weaving together stories of cosmopolitan life and the maritime economy that has fundamentally shaped Trieste’s identity and history, ever since the construction of the Free Port in 1719, exactly 300 years ago. These events will all take place between September and November 2019. The initiative will conclude with Rotte Globali Dialogue with Massimo Negri, Scientific Director of the European Museum Academy.

The events will take place on September 27th, October 25th and November 15th from 10:30am, in the Historical Archive in Largo don Bonifacio 1, Trieste’s historic Chiozza Porticoes building, and each event will be open to 20 people. As part of the events, guests will be invited to personally handle a few of the trove of documents preserved by the Archives, and will have an unmissable opportunity to learn about the history of Generali and the city of Trieste, where the Company was founded in 1831. This is a visit to one of the largest insurance archives in existence, declared an official cultural asset by Italy’s Ministry of Cultural Heritage and Activities for its significance to the city and its global imprint.

An explanation of the Company’s twin structure, with headquarters in Trieste and Venice, will form the basis of a discussion surrounding complex identities and international development, with stories that start in Trieste and reach as far as the largest agencies and first companies of the Generali Group, in Budapest, Prague, Vienna, Hamburg, Ljubljana, Chernivtsi, Leipzig, Graz, Innsbruck, Belgrade, Zagreb, and Paris, not to mention Florence, Rome, Milan, Naples, Turin and Palermo. These stories travel through many ports and cities, even crossing through the new routes opened up by the Suez Canal. It was Pasquale Revoltella, long-time director of Generali until his passing and one of its founding partners, who was one of the great drivers behind the Suez Canal project. These are the stories of individual people, full of adventure and drama, including through the harsh realities of the First World War. They are also the stories of items that have become part of daily Triestine and European life, from posters to seemingly infinite brightly-coloured pamphlets in various different languages, to the fire insurance marks that can still be seen today on homes and public buildings.

There will of course also be mention of Generali’s literary history, with the remarkable parallel stories of Franz Kafka and Leopold Perutz, both employees of Generali between 1907 and 1908, in Prague and Trieste respectively.

Visitors will be able to admire famous signatures, as well as to appreciate lesser-known documents, all of which contribute to a fascinating travel through time, relayed through a treasure trove of individual stories. A collaboration with Giuliano Zannier, Roberto Eramo and Sara Dolce of L’Armonia - Associazione tra le Compagnie Teatrali Triestine theatre company of Trieste means visitors will meet special guests on every tour. 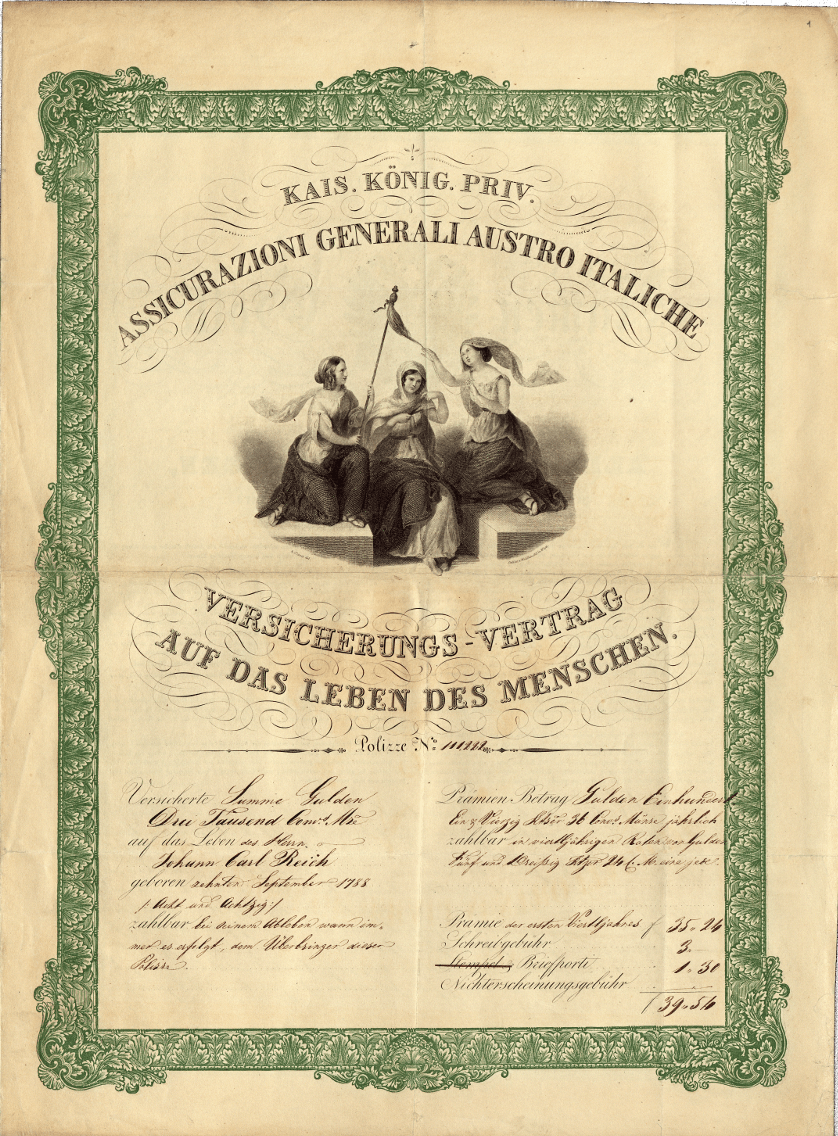 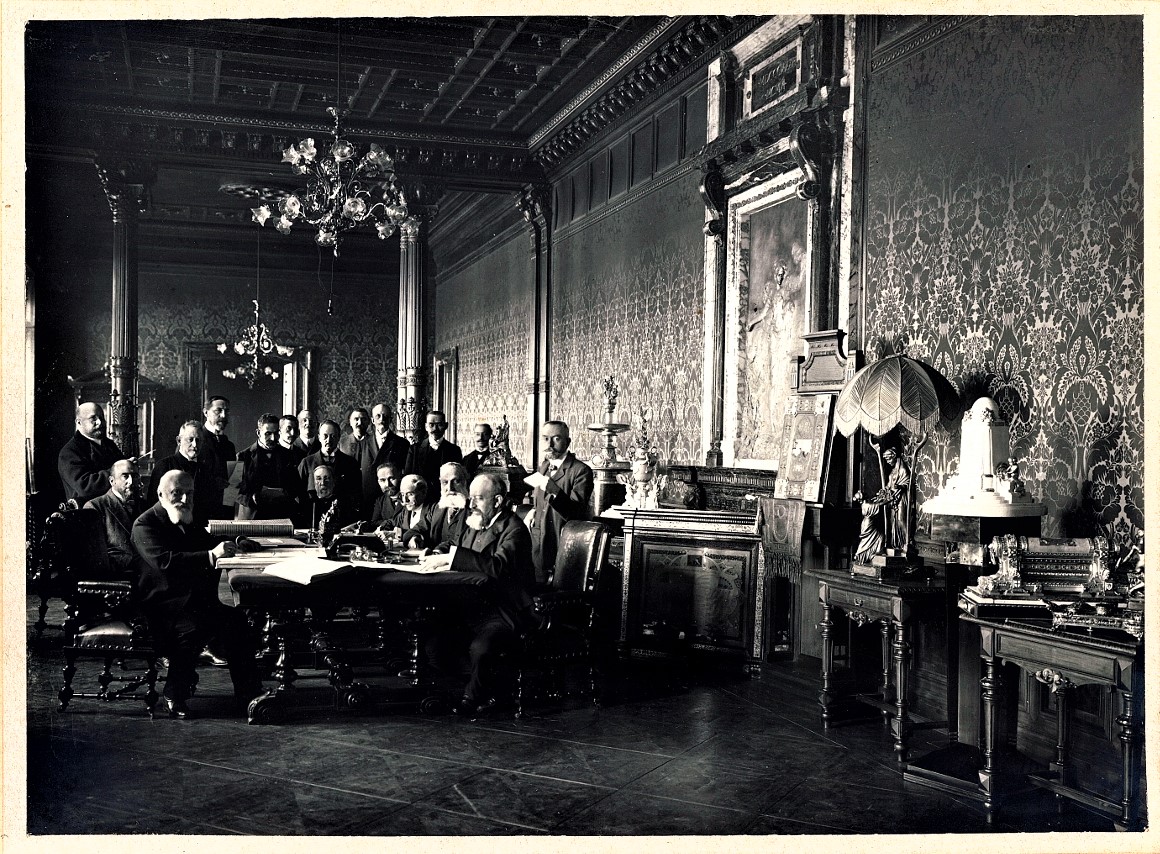 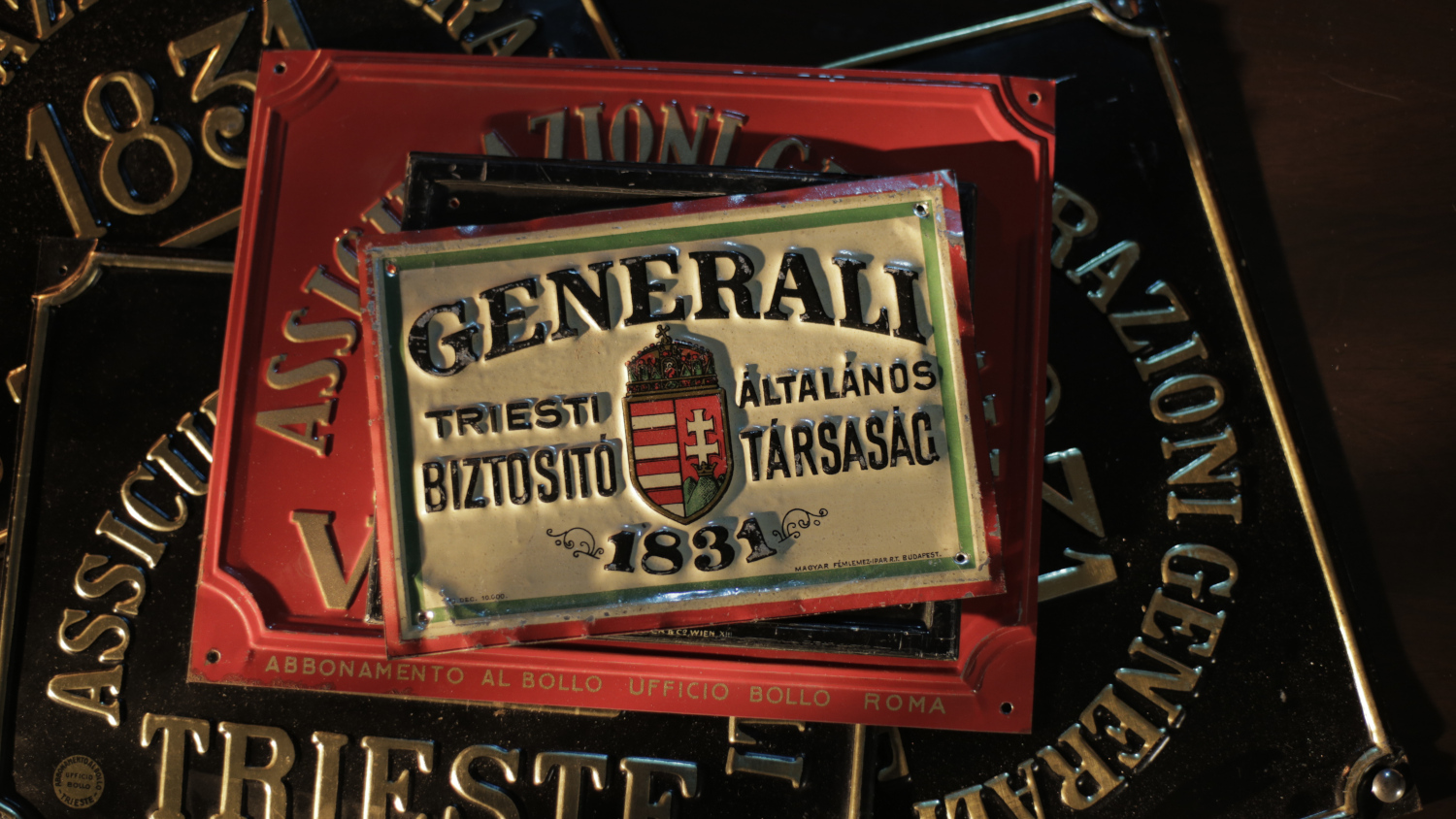 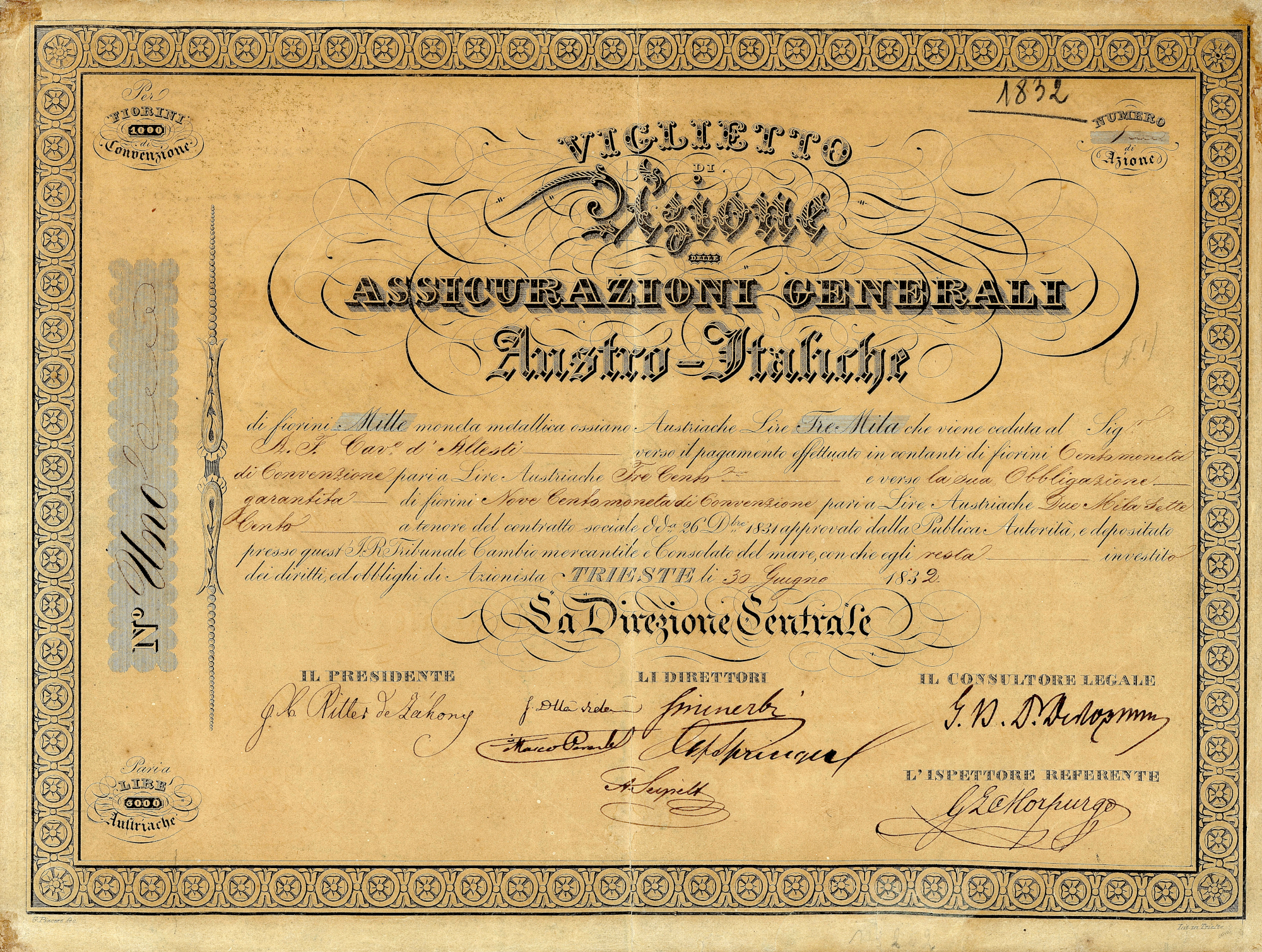 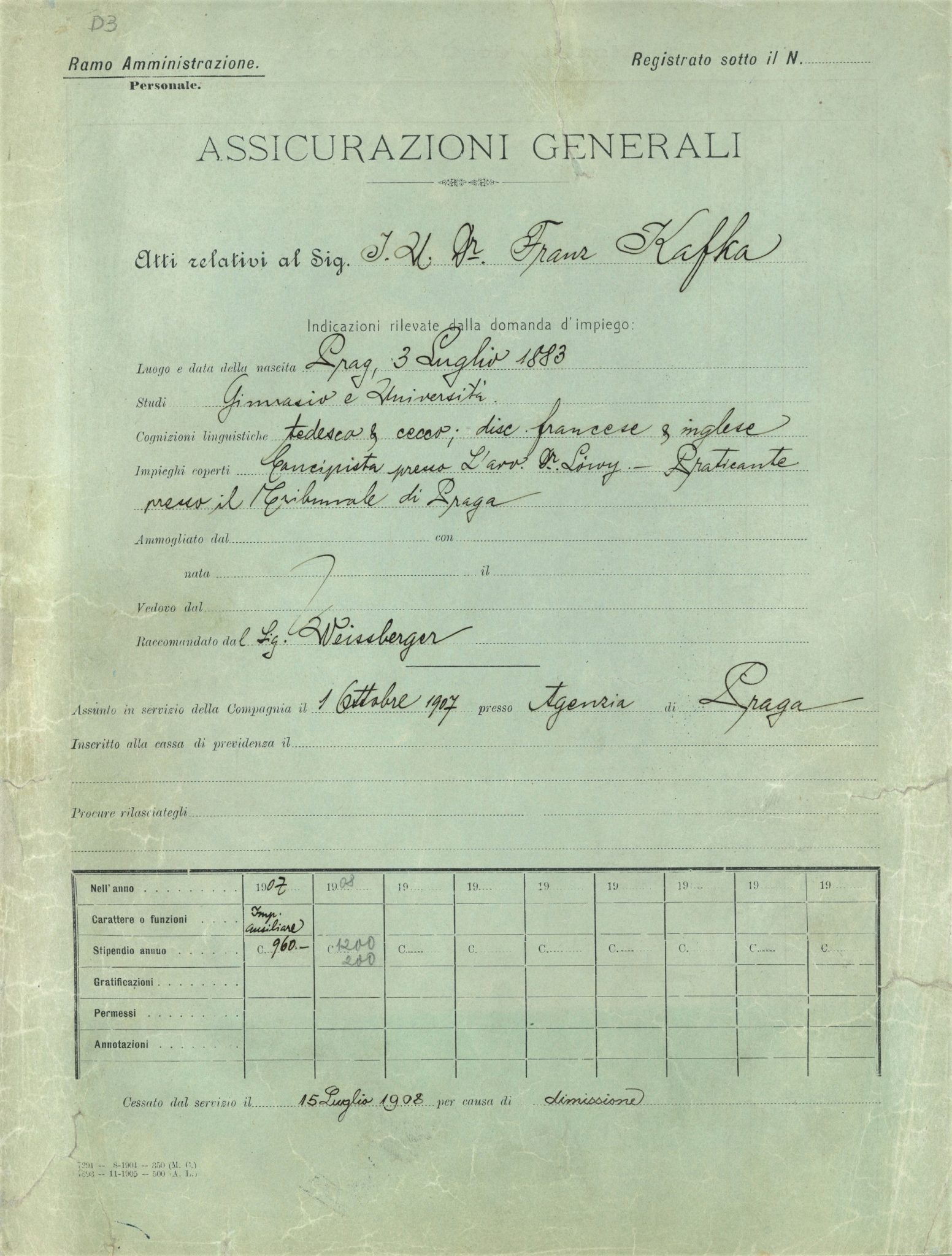 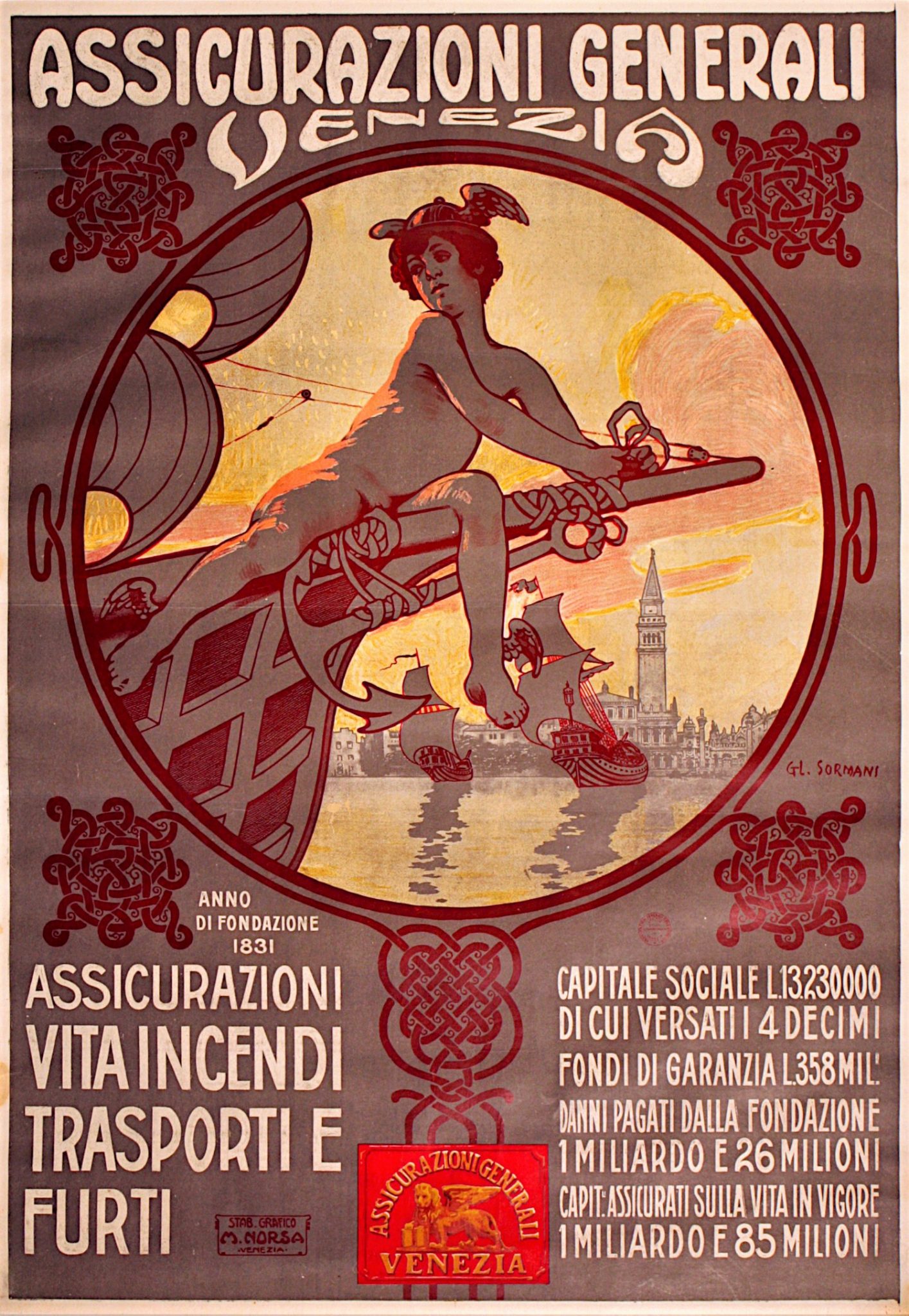