Insurance as a Woman. The female figure as an allegory of insurance. 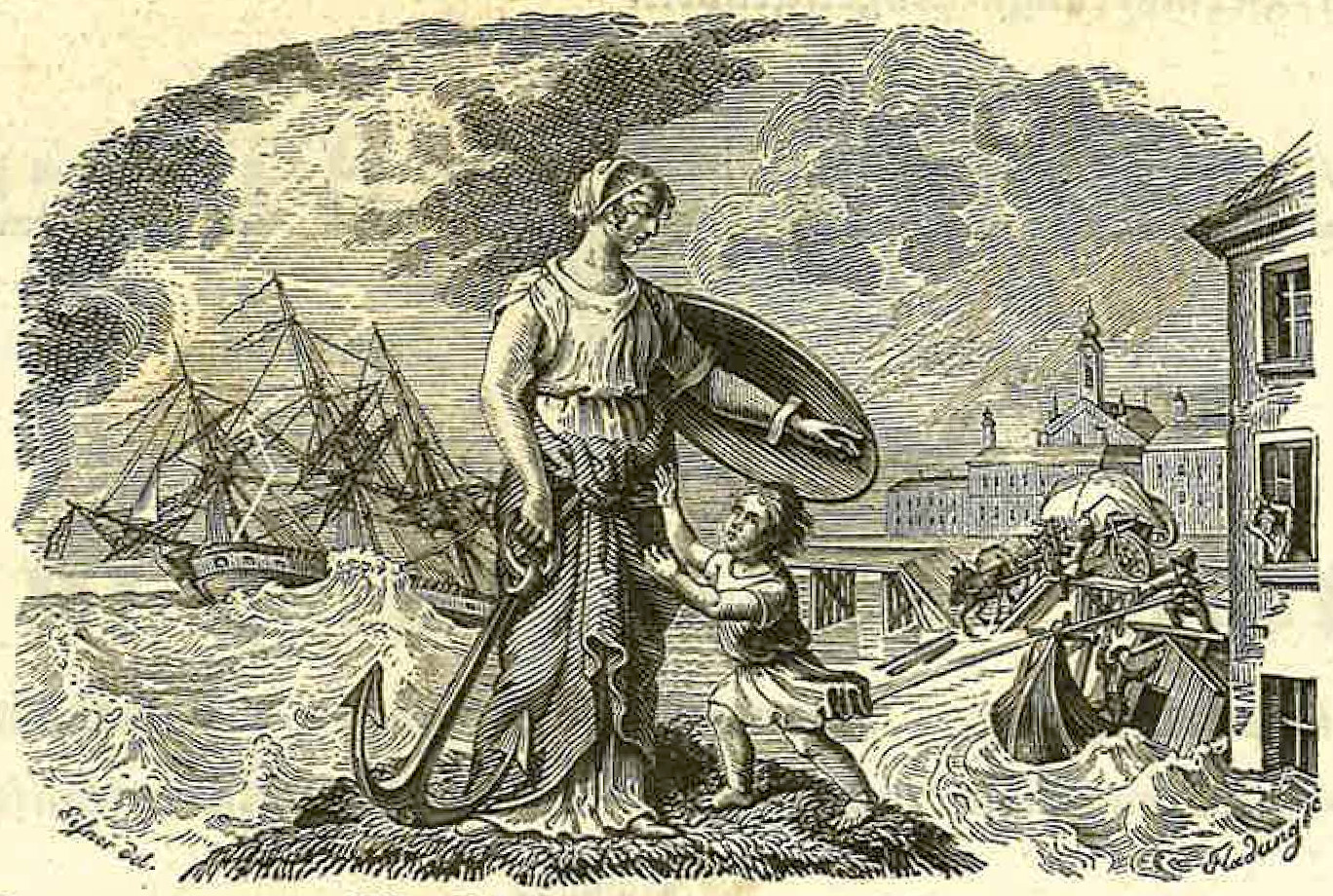 Standing proud and lofty in warlike garb, Junoesque and maternal, regal, unblemished dispenser of gifts or amiable mistress, women in art have always been the primary medium for defining the human experience and human emotions, taking on a multitude of roles with different symbolic meanings. Representations of women have changed over time, but the semantic depictions of certain iconographic details have remained.

These details first became an accepted part of artistic symbolism and from there went on to enter the collective imagination, largely thanks to the efforts of the writer Cesare Ripa. Female figures abound in his celebrated work Iconologia (1593), which for centuries was the seminal work of allegorical representation in art – representing everything from continents and geographical regions to virtues and vices, ideas and ideals...

Generali’s cultural assets, such as the documents preserved in its Historical Archive and the artworks on display in the headquarters in Palazzo Geiringer in Trieste, offer a starting point for a study into this phenomenon.

In retracing the iconographic timeline of the Company’s use of figurative communication to create the allegory of insurance, there are clear similarities throughout, above all with a style that reflects a certain period of time. 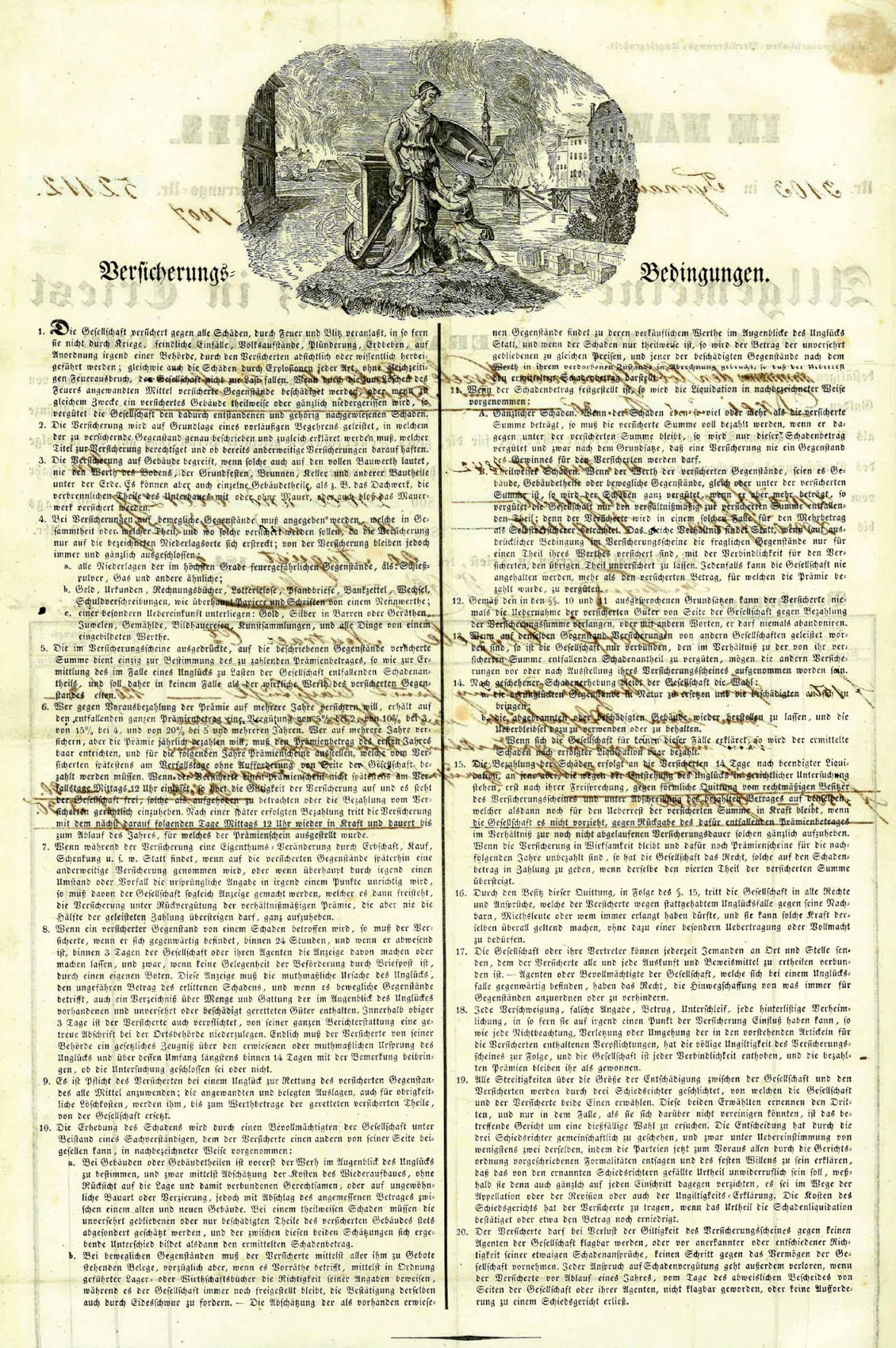 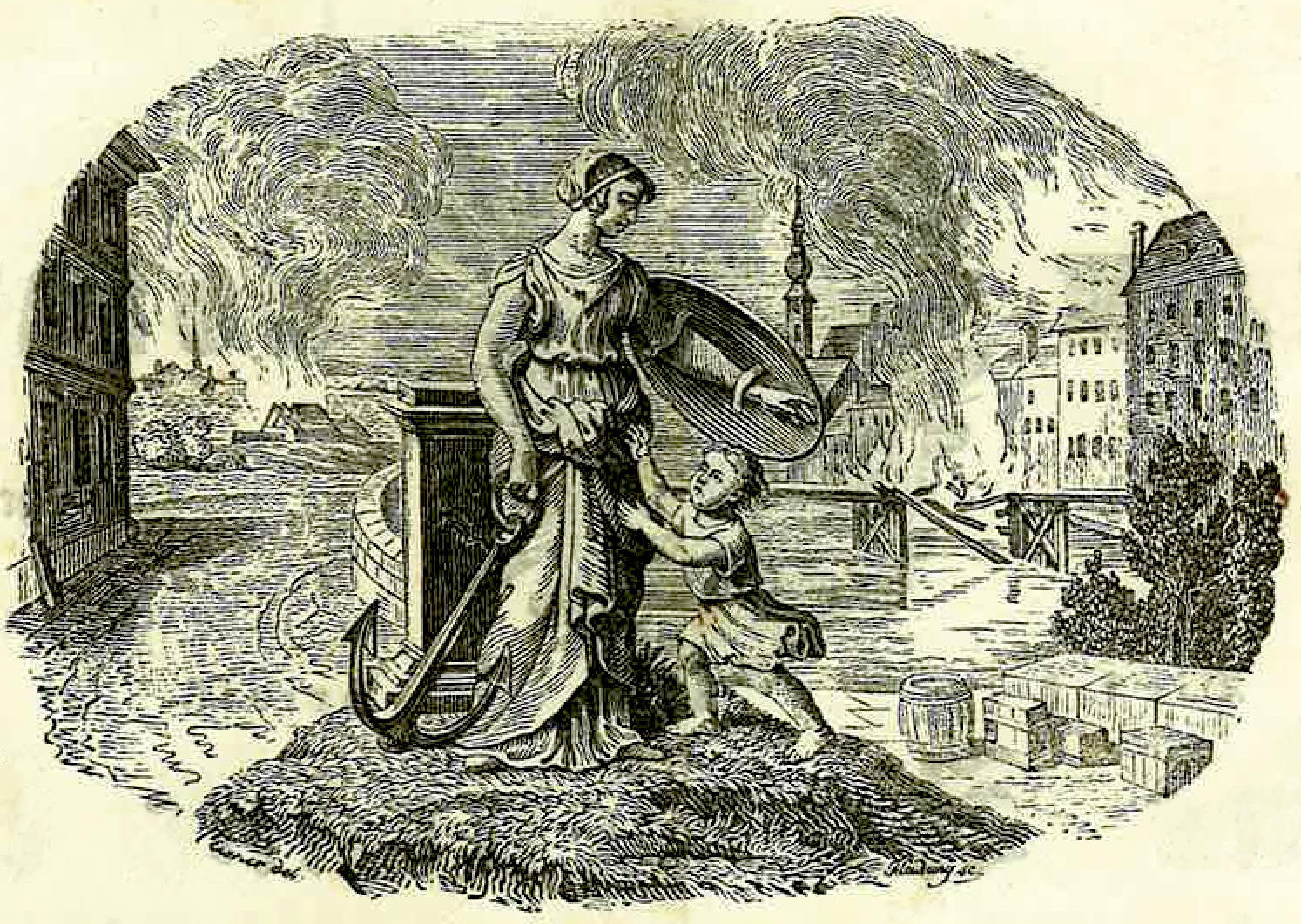 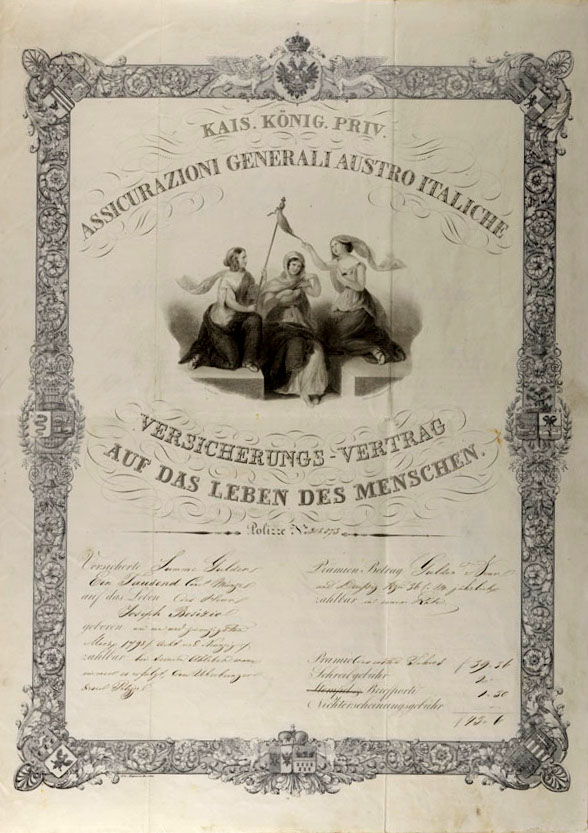 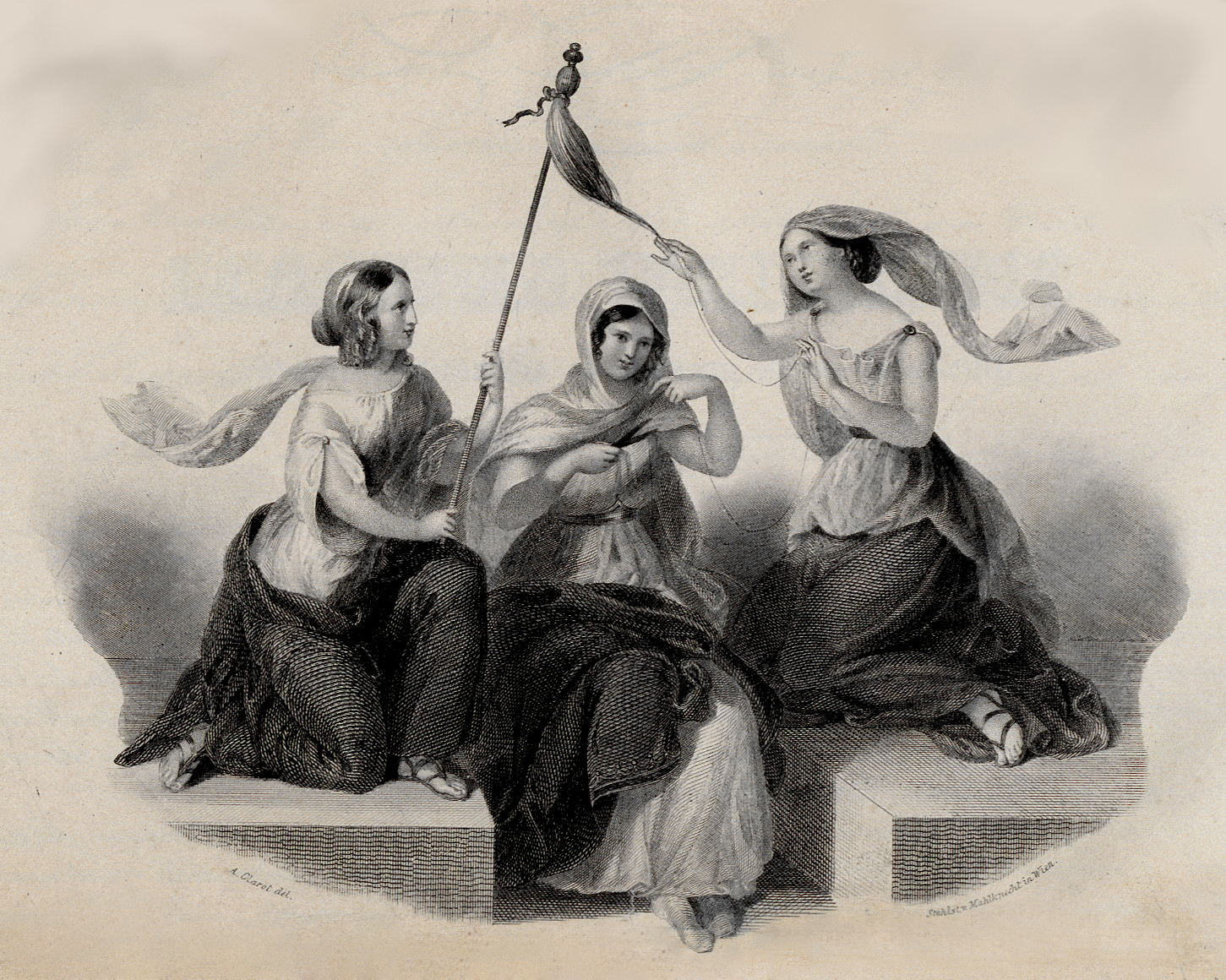 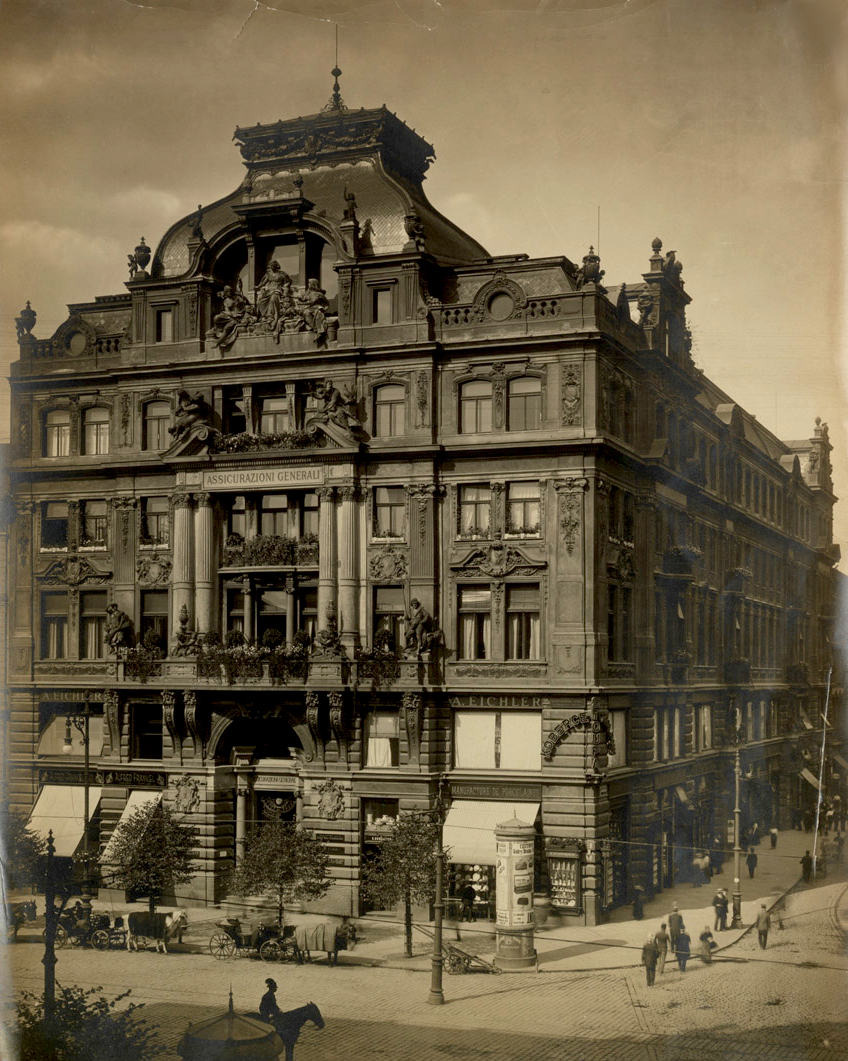 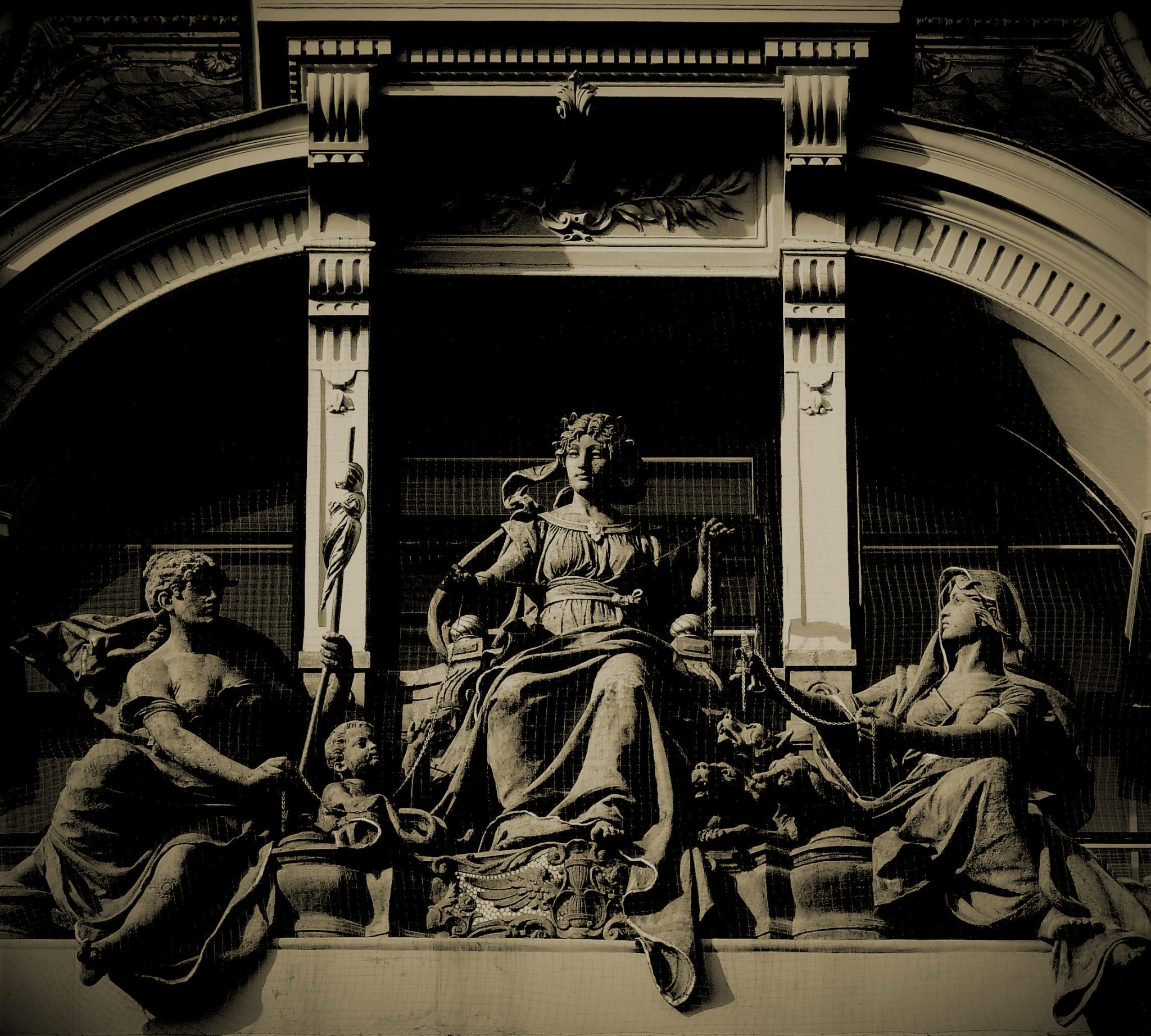 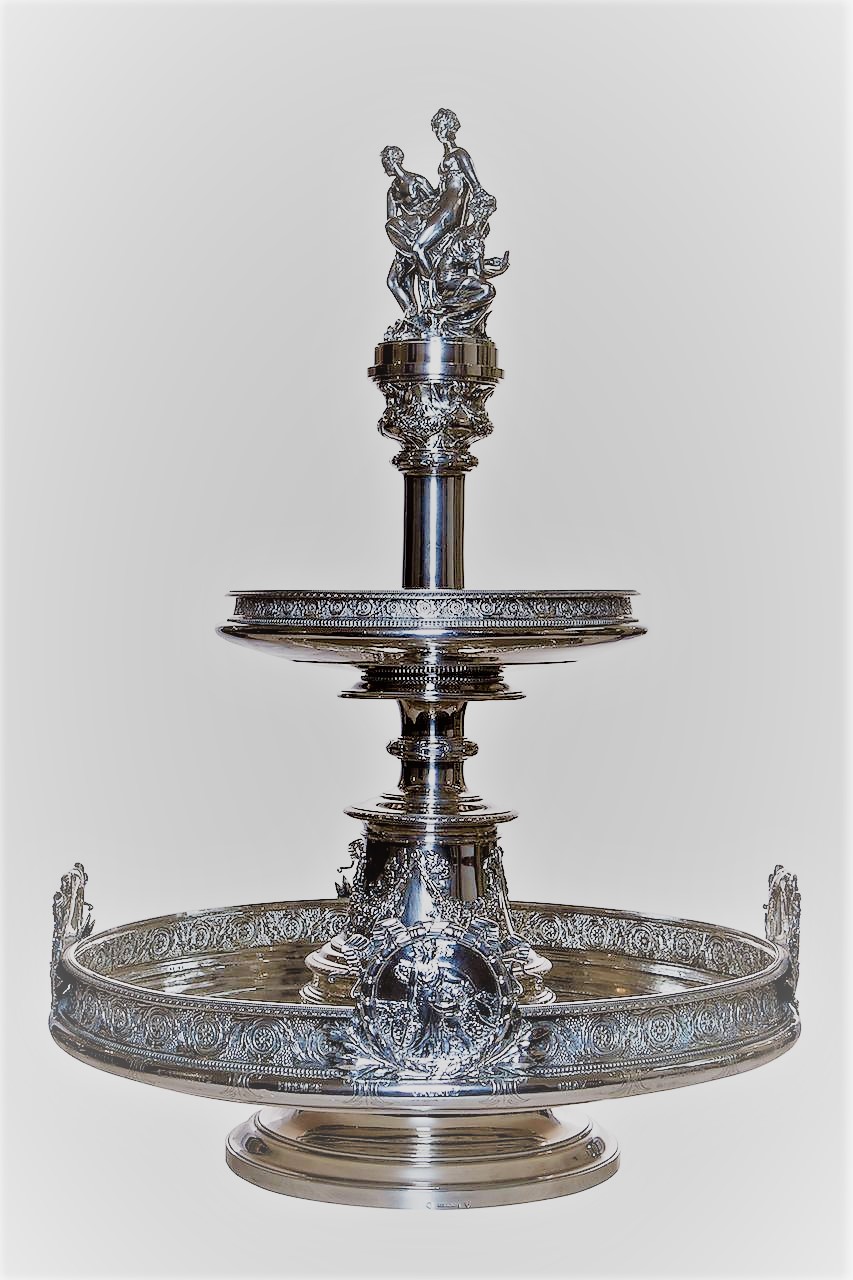 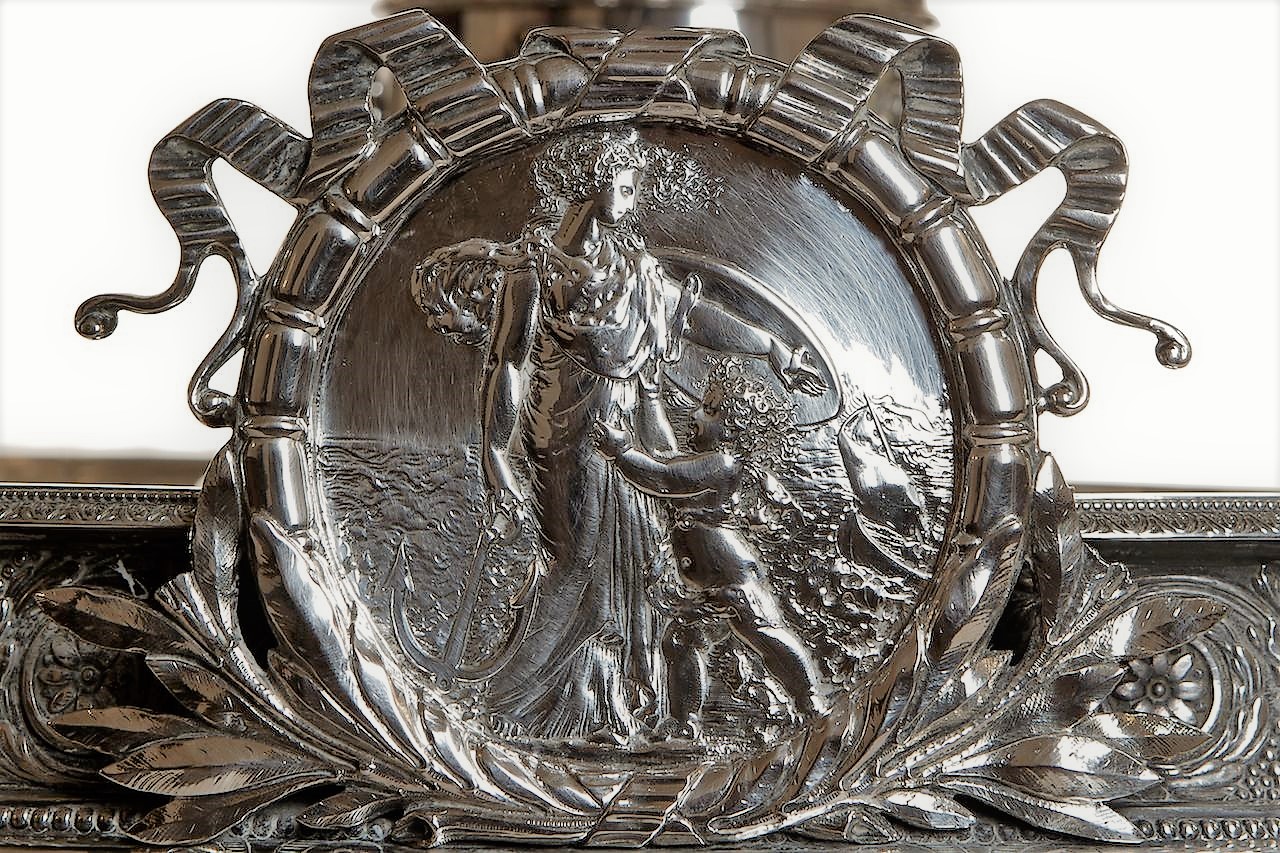 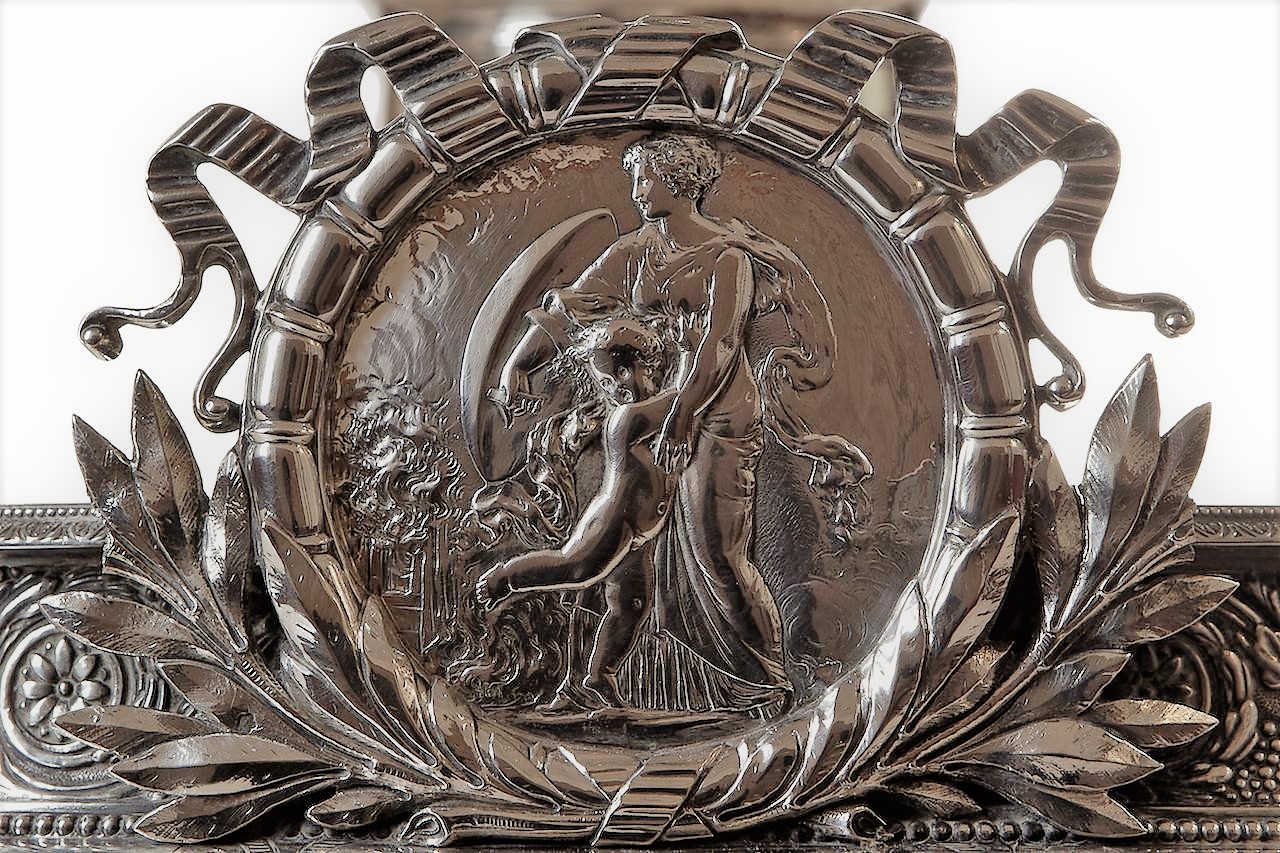 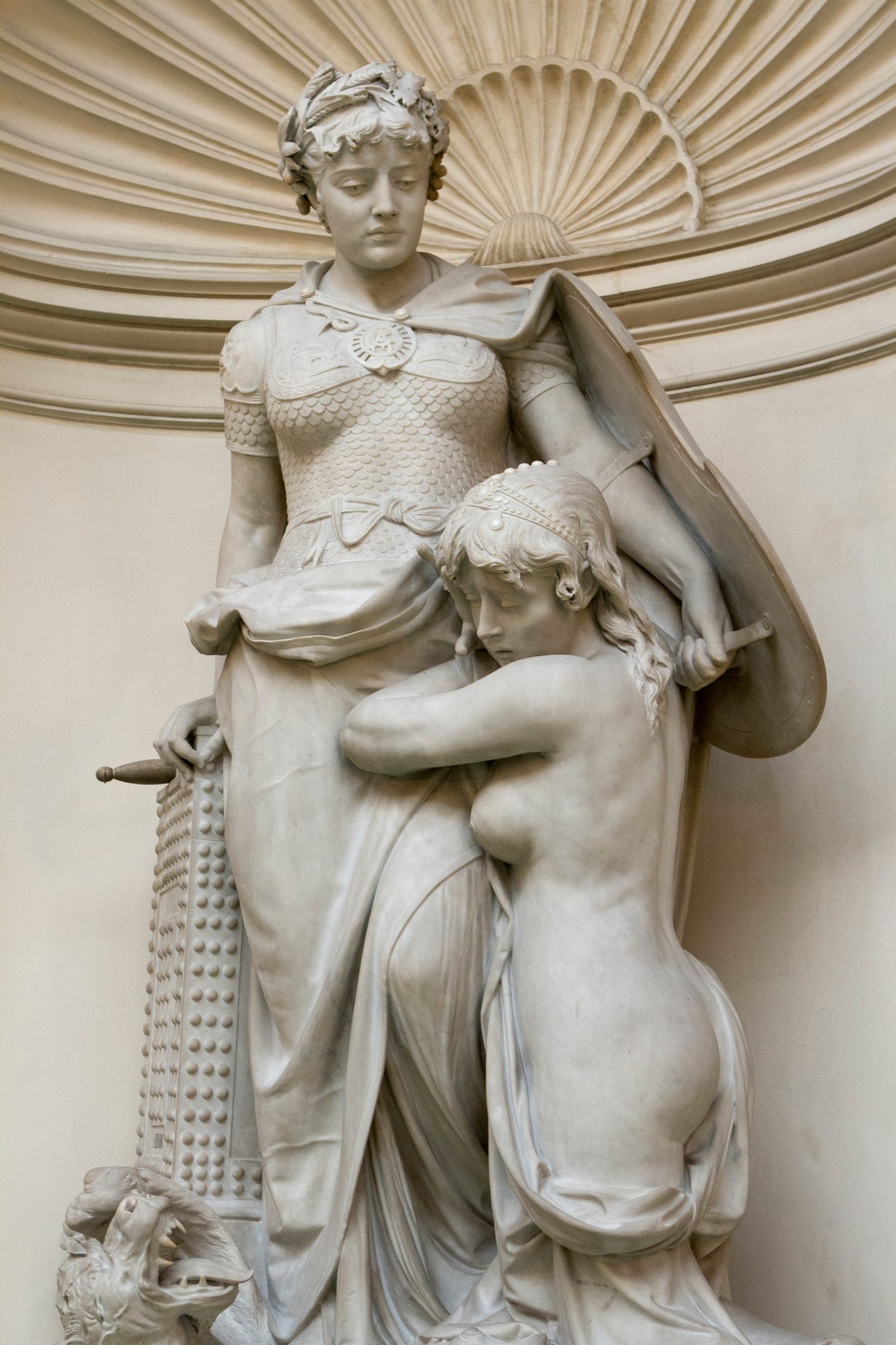 The first 19th century policies carried the image of the Parcae – the symbols of the life insurance branch – with the shield-bearing female figure that was dominant at the time, a maternal figure with an anchor protecting a young boy, a metaphor for fire and vehicle insurance. Recurring iconography on policies, rates tables and building facades, such as the Parcae who crown the general headquarters in Prague (where Franz Kafka once worked), or on artistic pieces such as the shield-bearing female figure depicted on Masino Levi’s silver cake-stand – a work of art whose beauty is still on display today in Palazzo Geiringer. Here, the concept of insurance is interpreted by Ivan Rendić as a heroic female figure in full battle-gear, protecting a fearful girl. It’s almost a memento mori of social security, juxtaposed by a vision of the duty-need to insure oneself. It’s more about persuasion and less about regulation, personified by a severe and imposing matron who is nonetheless beautiful and amiable at the same time, recalling a modern-day Art Nouveau Ceres. This image was chosen to represent Anonima Grandine, a Group subsidiary, and was used on posters and other promotional materials at the end of the 19th and turn of the 20th centuries. This includes the remarkable silver casket and parchment holder based on a design by Angelo Cattaneo, a gift from Anonima to Generali to mark its 75th anniversary.

This soothing and serene interpretation of Welfare appears to have inspired the architect Luca Beltrami, who envisioned the subject for the mosaic on the lunette of the building he designed in Milan’s Piazza Cordusio, headquarters of Anonima Grandine and Anonima Infortuni. The latter subsidiary takes the inspiration for its symbol from a more battle-hardened image of a woman in armour, bringing to mind the allegorical personification of Italy by Cesare Ripa, associated with the shield with a cross, coat of arms of the city of Milan.

Then there is the bucolic inspiration of the Allegory of Insurance proposed by Giovanni Mayer (early 20th century), depicting two female figures in the foreground, one sowing and the other harvesting; in the background are silhouettes of a sailing ship and of Palazzo Geiringer.

The image chosen by Gigi Supino for the medallion marking 100 years since its foundation, on the other hand, is imbued with a Roman austerity: the central figure, with the lion of San Marco at its feet, represents Generali collecting a premium from the figure on the left and paying out to the one on the right. At the bottom is the halberd, symbol of Trieste.

The same Roman style pervades the frescoes the Company commissioned to painter Carlo Sbisà for the gallery at Palazzo Piacentini in Trieste, including the allegory of Insurance (1937): two women sitting on a chair, one with a red dress and a distaff in her hand, one with a green dress and holding an amphora.

An embrace, a gesture of love and protection, symbolises insurance in the commemorative medallions designed by Emilio Greco (1981) and Laura Cretara (2006): a return to the primigenial idea of insurance as Magna Mater, tender and affectionate, protecting the seed of life in her arms. 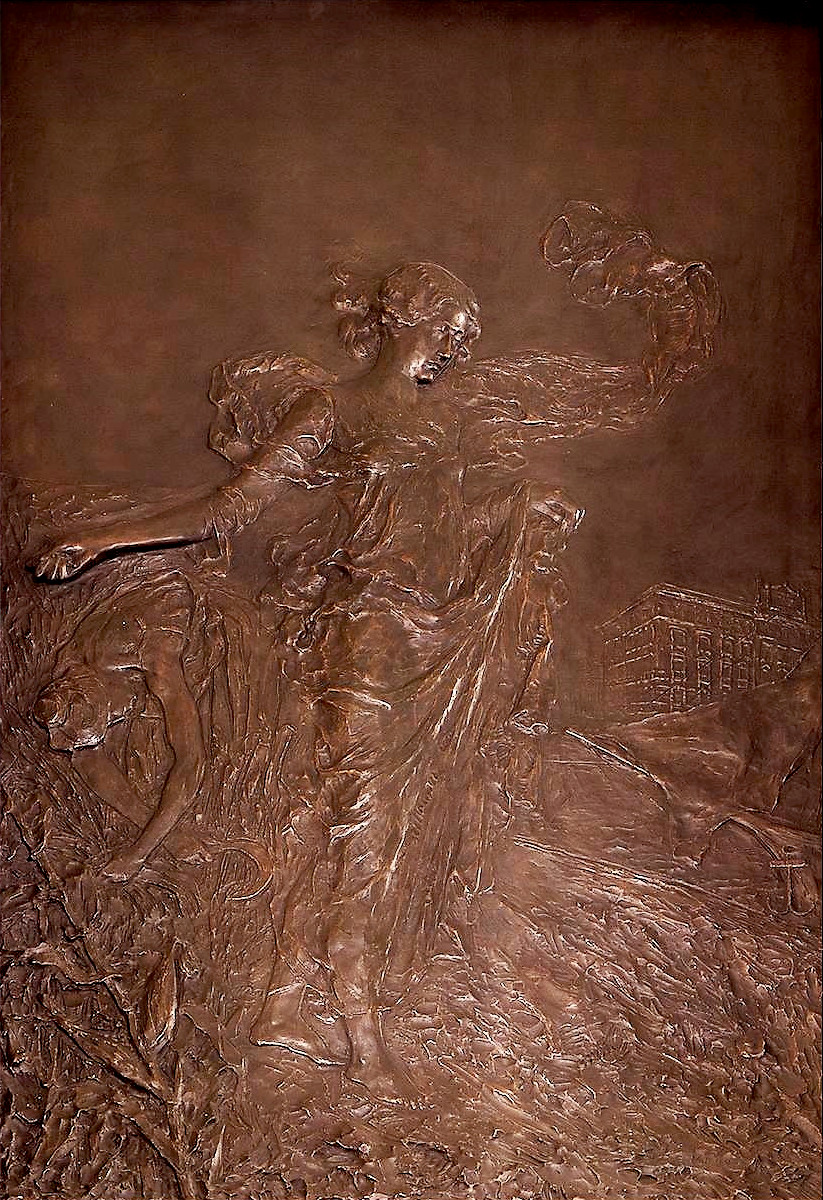 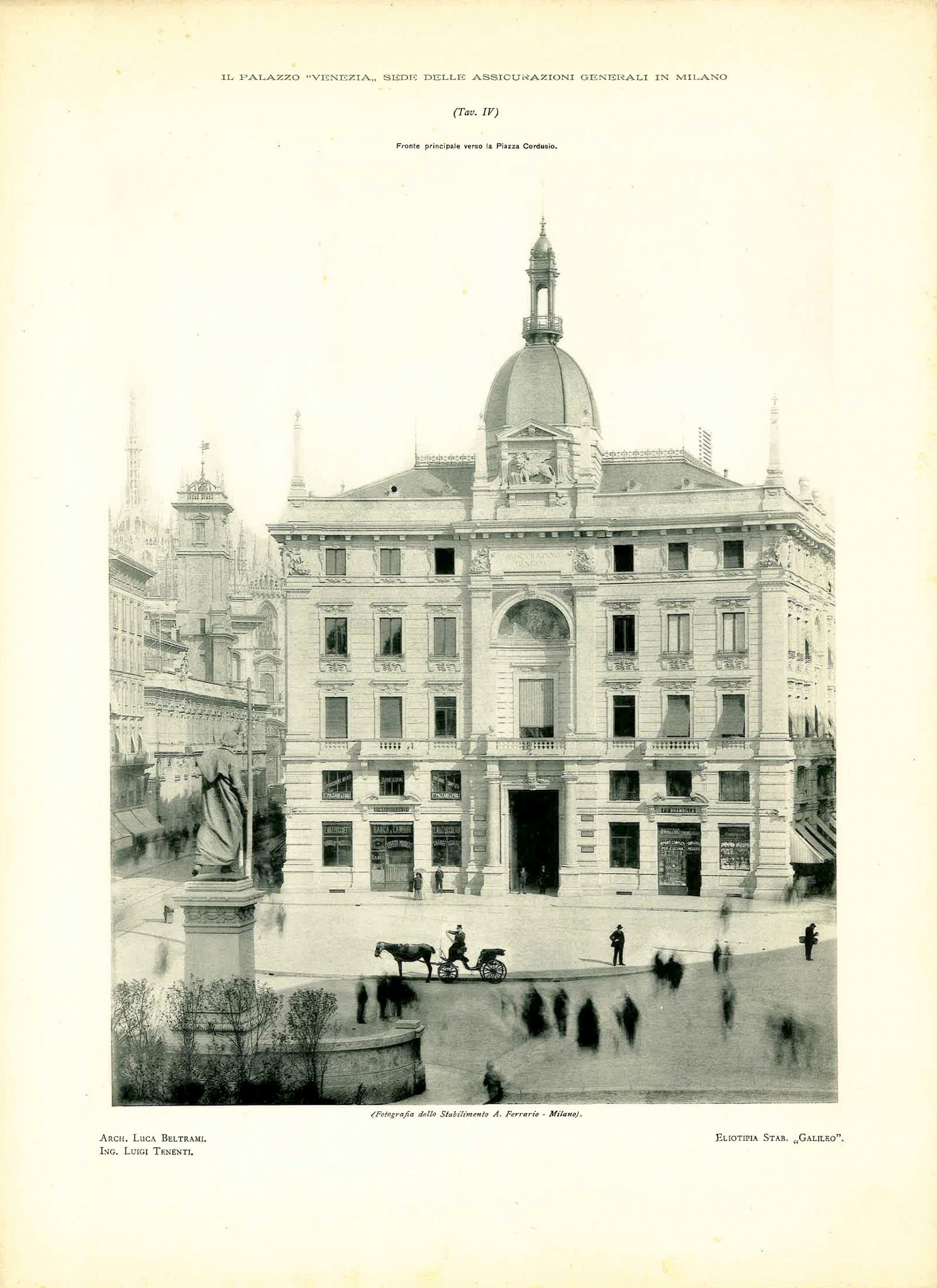 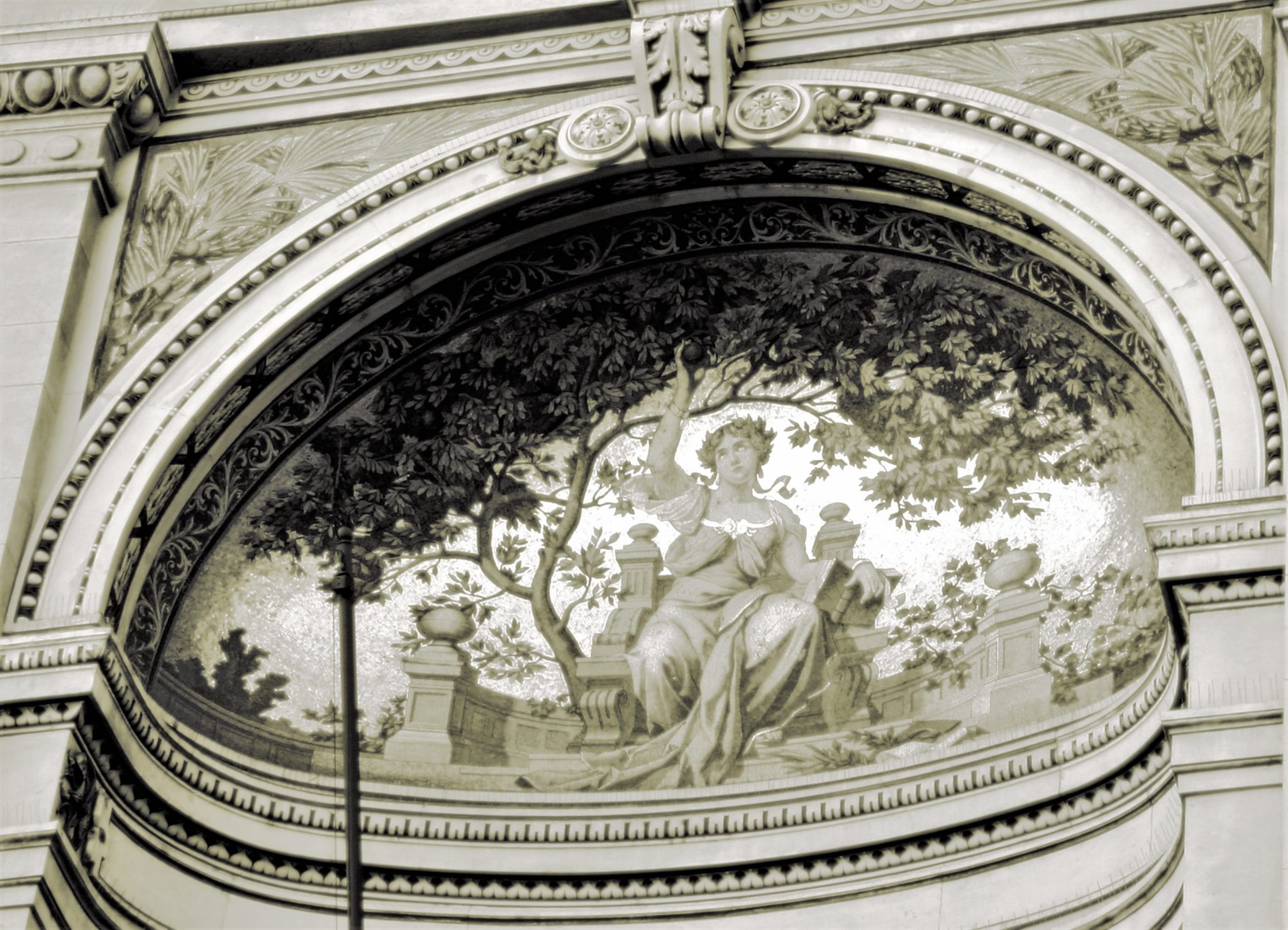 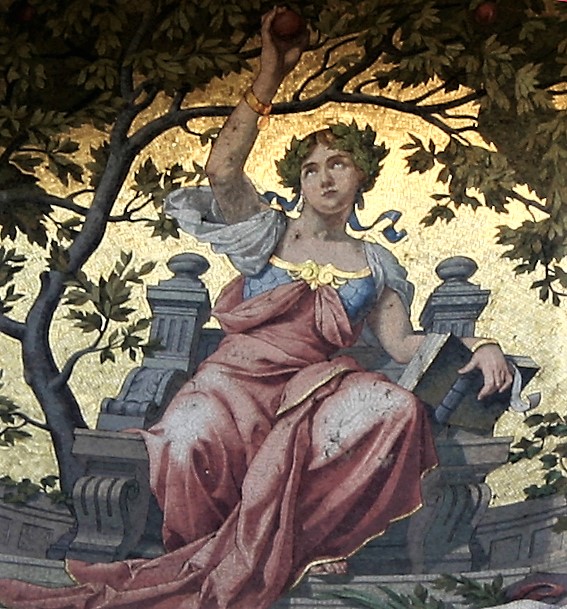 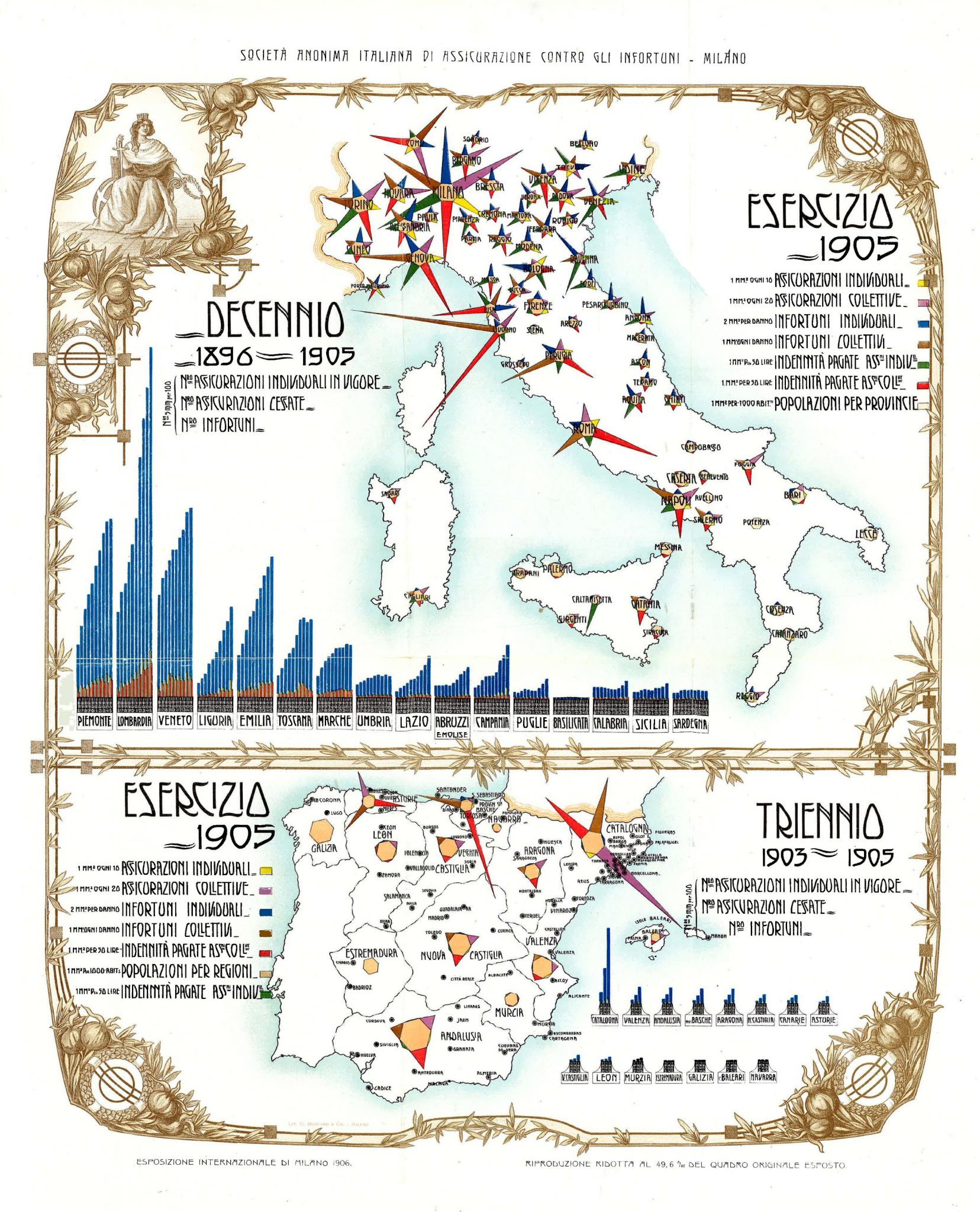 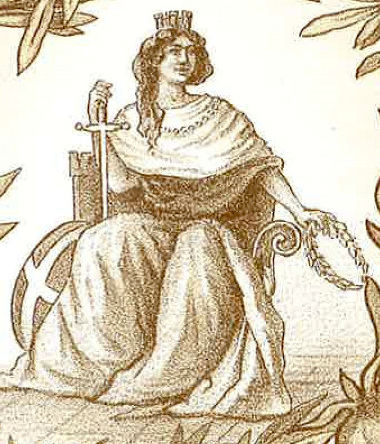 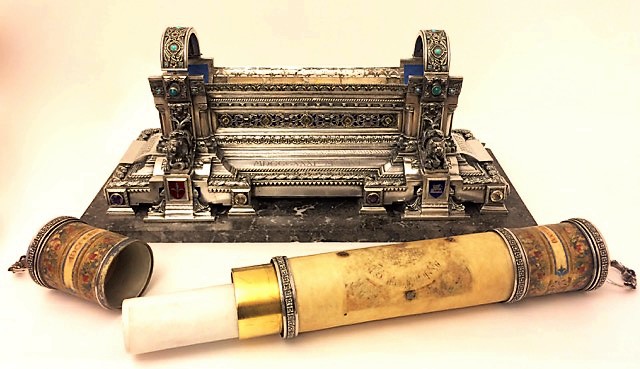 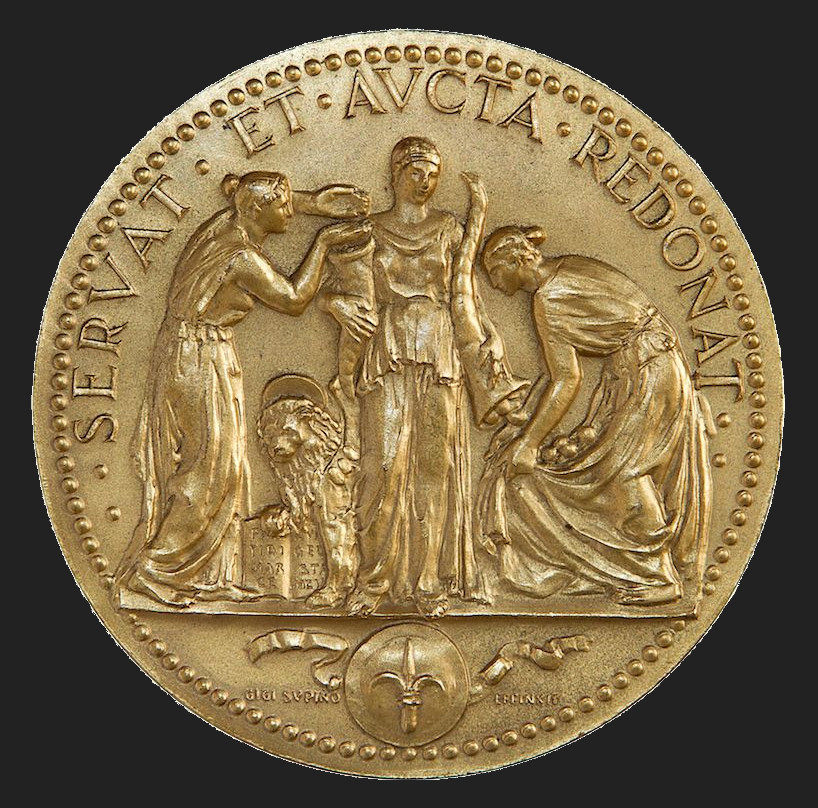 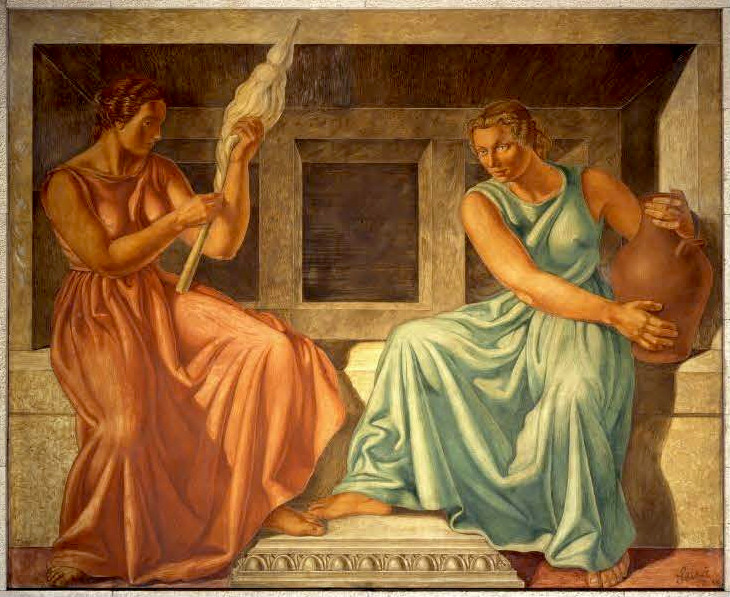 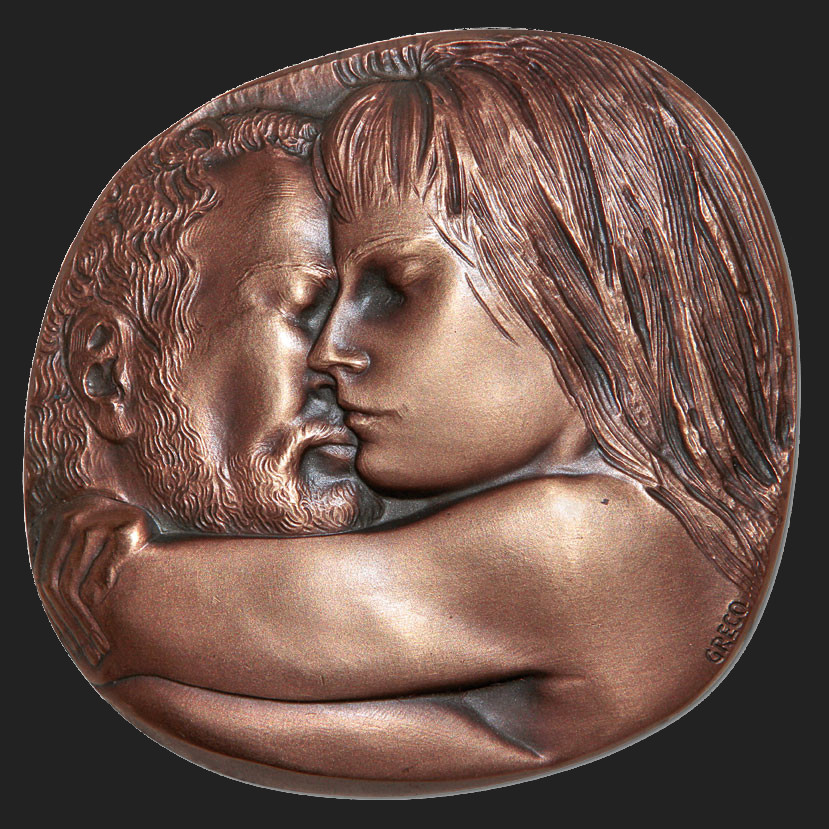