Riccardo Gairinger – A Gold Medal for Services to Generali 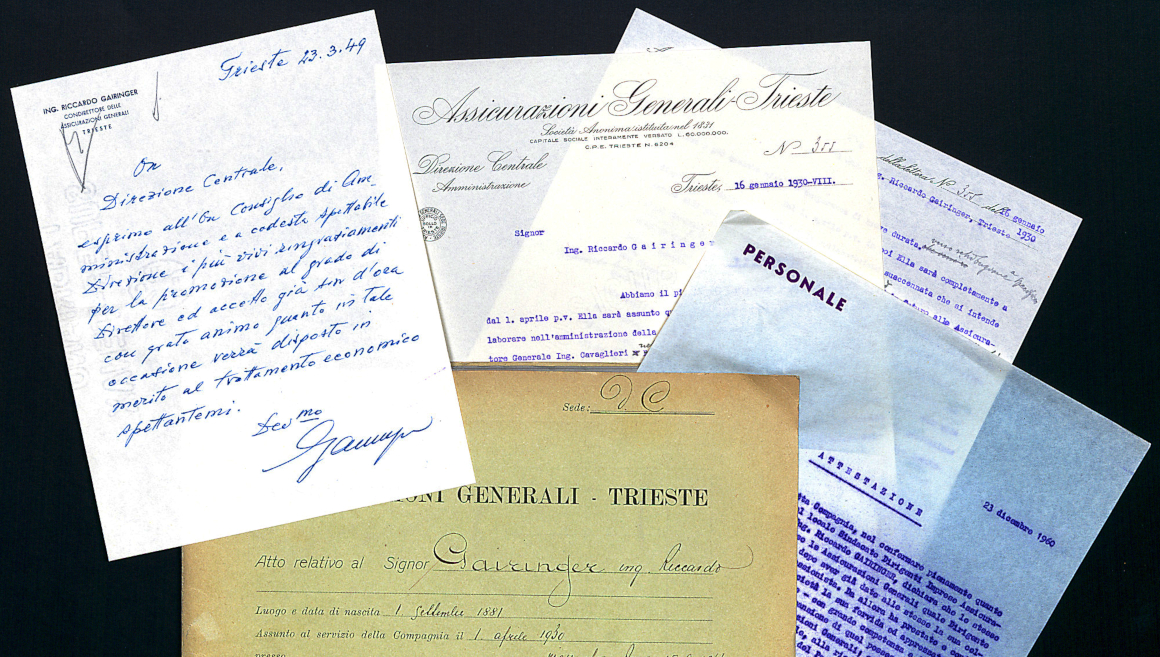 “A man of great merit and exceptional modesty, reserved and mild-mannered, admired for his intellectual and moral gifts” is how he was eulogised by his colleagues in the Bollettino, the corporate magazine, after his passing.

Riccardo Gairinger (Trieste 1881-1964), the son of Eugenio Geiringer, was hired by Generali in 1930. According to his personnel file, his role was “to cooperate in the administration of the company’s real estate, aiding the general manager with regulating and overseeing the technical, administrative and bookkeeping duties of the staff in the relevant office within the Central Head Office, and assuming responsibility for the management of properties within the Kingdom of Italy. [...] and to take responsibility for potential new projects, expansion of existing properties and necessary maintenance work to ensure the conservation and renovation of the real estate portfolio of the company”. Gairinger’s collaboration was particularly valuable for the company considering the intensive program of real estate initiatives it had launched before the Second World War, which only intensified during the post-war years.

He is credited with planning and overseeing the construction of numerous significant buildings in many cities both in Italy and abroad, through which the company made a notable contribution to the policy of reconstruction and to strengthening the national economy more widely, so much so that in 1960 he was awarded with the Order of Merit for Labour. Released from his contract in 1938 (the same year in which Giorgio Polli’s – his colleague and predecessor – contract expired) following the passing of the racial laws, he was reinstated in Rome in 1944 and later transferred to Trieste, returning to the role of co-manager, and later manager from 1949 until his retirement in 1961.

A graduate of engineering from the University of Graz, he started his career at a large foreign construction company. He would later set up a company in his own name which grew to become a dedicated and well-received construction firm, especially in Trieste, during the inter-war period. Among the projects he carried out for Generali are the building known as the “Chiozza Porticoes” (1925-1927) as an external contractor, and the buildings along Corso Italia (Corso Vittorio Emanuele III at the time) in-house. The latter, led by Marcello Piacentini, were built between 1936-1937, with a gallery enhanced by frescoes by Carlo Sbisà. Among the other important construction projects he carried out as a contractor and building manager is the building which hosts the Questura (police headquarters) (1940-1942) and the renovation of the Stock Exchange headquarters.