Women in the office: an example of fin-de-siècle corporate engagement 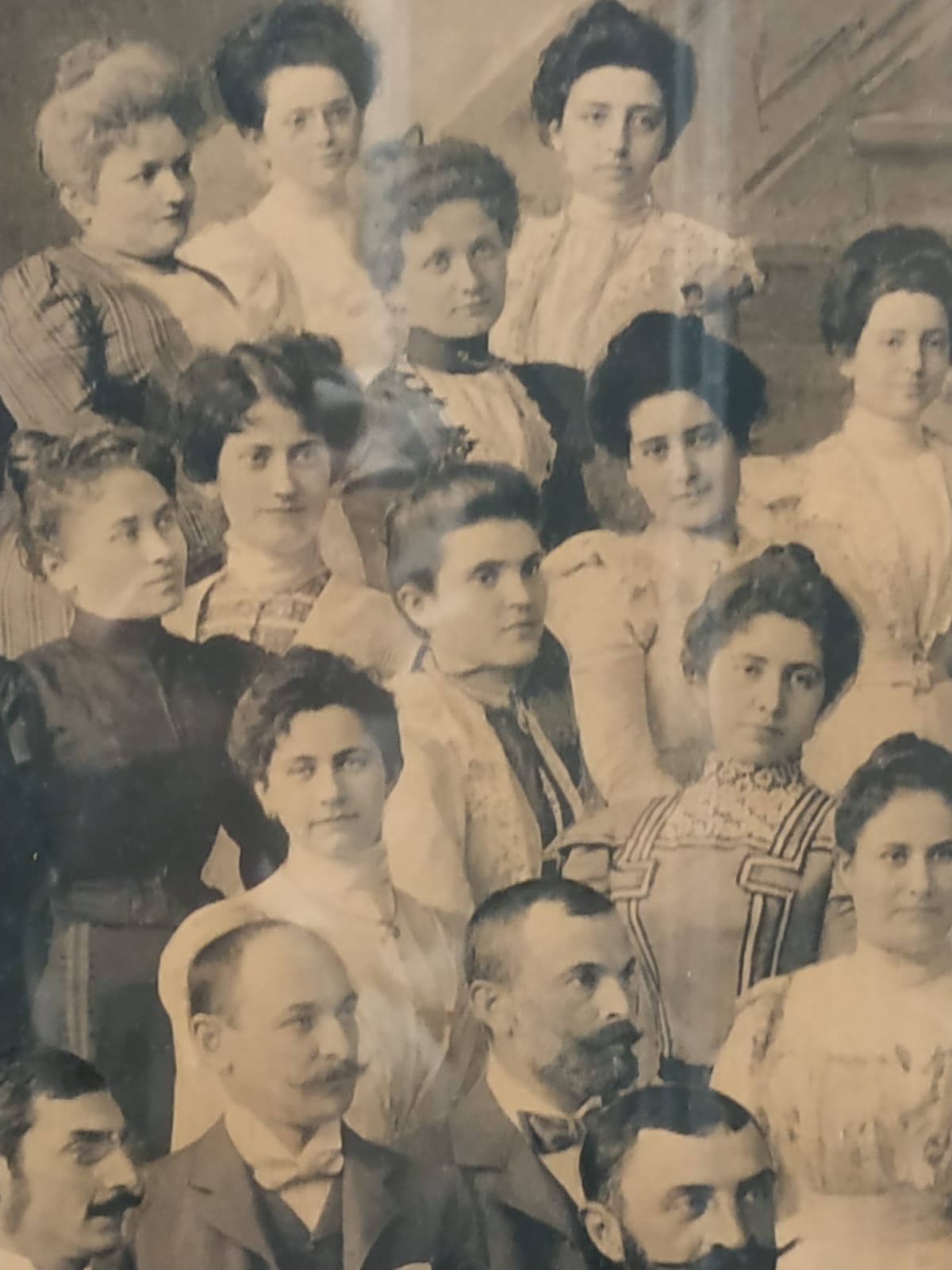 A normal and yet exceptional life, seen through the old lens of a young woman from Budapest, one of Generali’s first employees: this is the story of Flóra Pólya, who worked in the Budapest office, and later Generali’s Hungary headquarters, from 1897 to 1909. Her Generali story is preserved in one of the over 15,000 personnel files at Generali’s Central Head Office – a veritable treasure trove of information.

From official reports, it is clear that the Prague office – the same one where Franz Kafka would later work – was the first to integrate women into the workforce in 1884, followed in 1892 by Trieste, where the Head Office hired twelve female employees. That same year, the Budapest office (the largest Generali branch at the time, with more than 200 employees) hired additional female employees, and in 1897 two sisters joined the Company – Helene and Flóra Pólya. They were the daughters of Anna Deutsch and Jacob Pólya, himself a lawyer for Generali, a lecturer at the University of Budapest and a corresponding member of the Hungarian Academy of Sciences, who passed away on 30 July 1897 at the age of 53.

The sisters applied to work for Generali on 27 August of that same year, most likely to support their family, and began working on 1 September. One was 20 years old, the other 18. They had attended the Normalschule and the women’s upper school (städtische Mädchenbürgerschule), graduating with excellent marks.

They were also model employees, even earning the right to take many days off together at the same time “as their performance is truly exceptional, they deserve special treatment and [...] the simultaneous absence of both girls will not impact the daily working routine unduly” (letter to directors Emil Steinhardt and Jacob Poór dated 10 June 1904, Trieste). Flóra left the job on 18 October 1909 “as a result of marriage”, as set out in the nuptial agreements that were still common well into the post-war period in many countries, including Italy. Helene retired in 1937, after 40 years of service.

Their personnel files shed a fascinating light on their daily lives and their routine within the Company, and constitute an excellent primary source for reconstructing the history of female employment in Generali. Their files also put a face to their story, with the two images of them being the oldest photographs of women preserved in the archives.

A remarkable photograph currently held in Trieste that was donated to the secretary general at the time, Edmondo Richetti, to mark his 25th anniversary at the Company in 1899, shows the management of the Budapest office. It was most likely taken in the stunning Generali building in Ferenc József-tér 2, which was destroyed during the Second World War. Among the many faces in the huge photograph (240 x 120cm) (taken with an optical bench by the Strelisky studio in Budapest with integrated highlighting effects added manually) we are able to identify the directors of the Budapest office, Emil Steinhardt and Jacob Poór, as well as Mór Jókai, a Hungarian writer and board member at Generali.

In the middle of the picture are eleven women in elegant clothing, with Helene and Flóra plausibly included among them (based on a comparison with a photograph taken in 1903 in which they pose alongside their colleague Eugenie Aurada, who is easy to recognise in both pictures), representing the Parcae who were depicted on the covers of Generali’s life-insurance policies during the time of the Habsburg Empire.